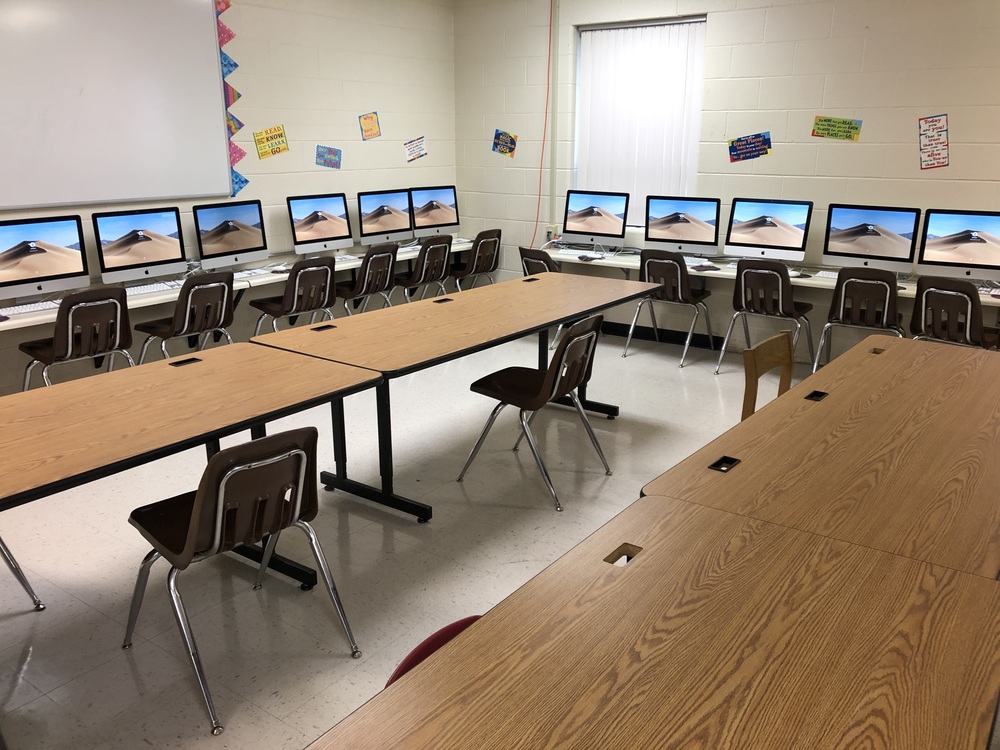 LOUISVILLE, Ky. – The novel coronavirus may have K-12 students in Kentucky’s school districts learning at home, but researchers at the University of Louisville are using the computing power of thousands of computers in classrooms across the state to identify drugs to treat COVID-19. The desktop computers are part of the DataseamGrid, a network of computers housed in classrooms of 48 Kentucky school districts as part of a partnership designed to support research, education and workforce development.

John Trent, Ph.D., deputy director of basic and translational research at the UofL Health - James Graham Brown Cancer Center, conducts virtual screening to discover new cancer drugs using the DataseamGrid for high-volume computations. Today, he has the computers at work 24/7 to identify the most promising drugs and compounds to fight SARS-CoV-2 and its disease, COVID-19.

“In these unprecedented times, we had a resource where we could potentially make an impact quickly and switch over from some of our cancer targets to SARS-CoV-2 targets,” Trent said. “We have been very successful in doing this in cancer for 15 years. We are using the same approach in targeting the coronavirus, just targeting a different protein.”

Established in 2003, Dataseam is funded by the Kentucky General Assembly to provide computing infrastructure, workforce development and educational opportunities for students and staff in Kentucky school districts. Available computing power in those units is put to work performing computer modeling calculations to screen anti-cancer drugs for Trent’s team and collaborators at UofL.

“Like a lot of industries, we have shifted our skills and infrastructure to address this issue,” said Brian Gupton, CEO of Dataseam. “We are always going to have cancer, but at least for the time being, we are glad the DataseamGrid is here for Dr. Trent to screen those drugs.”

In mid-March, Trent and his team entered new data onto the DataseamGrid, along with UofL’s dedicated research computers, in a two-pronged approach to match three-dimensional models of proteins in SARS-CoV-2 to drugs and compounds that could help in treating or preventing COVID-19. The DataseamGrid provides up to 80 percent of the computational power for these projects.

The first approach is to test about 2,000 drugs already on the market and another 9,000 investigational drugs and nutraceuticals that have been tested for toxicity to isolate those most likely to be effective against the virus.

“For the immediate approach, we are testing drugs that already are approved by the FDA or have been tested in humans. If we find activity with those drugs, we could get them into patient trials a lot quicker,” Trent said. “However, these drugs obviously were designed for something else and they may not have the same efficacy of a very selective drug.”

To find that selective drug, Trent’s second prong of research includes computational models to screen 37 million small molecules and compounds against the target proteins in SARS-CoV-2. These molecules could be used to develop a new drug specifically to treat the virus. That process would take more time, however, to obtain FDA approval.

“That initial discovery of a new, more-selective agent is more long term. You are looking at 12 to 18 months before you would even think about testing those in a patient,” Trent said. “But time is of essence at the moment, so we are doing both things at the same time.”

Using the DataseamGrid and UofL research computers, Trent and his team are screening the drugs and small molecules against 3-D structures of four proteins in the virus to see which compounds might bind with the proteins. A drug that interferes with the activity of any of these proteins would reduce the virus’s ability to spread.

Trent began the research with the first two proteins described for SARS-CoV-2: the main protease, an essential enzyme used by the virus to break down viral proteins and make new virus particles, and spike proteins, the triangular “knobs” the virus uses to attach itself to host cells. These spikes are the knobs commonly seen in graphic images on the surface of the virus. Trent now also is testing drugs against two additional target proteins that were described very recently.

So far, the process has identified about 30 drugs as potentially effective against SARS-CoV-2. Trent recommended these for biological testing by other UofL researchers in the UofL Center for Predictive Medicine for Biodefense and Emerging Infectious Diseases (CPM). Directed by Kenneth Palmer, Ph.D., the CPM is one of only a few labs in the United States capable of testing the drugs against the virus. That testing is expected to begin in mid-April.

If the CPM researchers find the drugs to be effective against SARS-CoV-2 in the lab, they could be moved to the next phase of testing in animal models, testing that also may be conducted at CPM.

“This computer modeling is an excellent way to identify the best potential candidates for laboratory testing rapidly, and this strategy could lead to relief sooner rather than later for patients suffering from COVID-19,” Palmer said.

Gupton says it is good to know the DataseamGrid continues to support urgent medical research even though students are working from home.

“Ironically, we hope to return to cancer research as soon as possible,” Gupton said. “Even though the students are not in classrooms, Kentucky school districts are providing them with instruction, technology, internet access and even meals. The districts’ Dataseam systems engineers are supporting

both the university’s work and K-12 efforts. We all are proud to be ‘digital first responders’ in Kentucky’s part of the global fight.”

As part of the Dataseam partnership, UofL provides academic scholarships annually for students from participating school districts who come to the university to pursue a degree in science, technology, engineering or math. 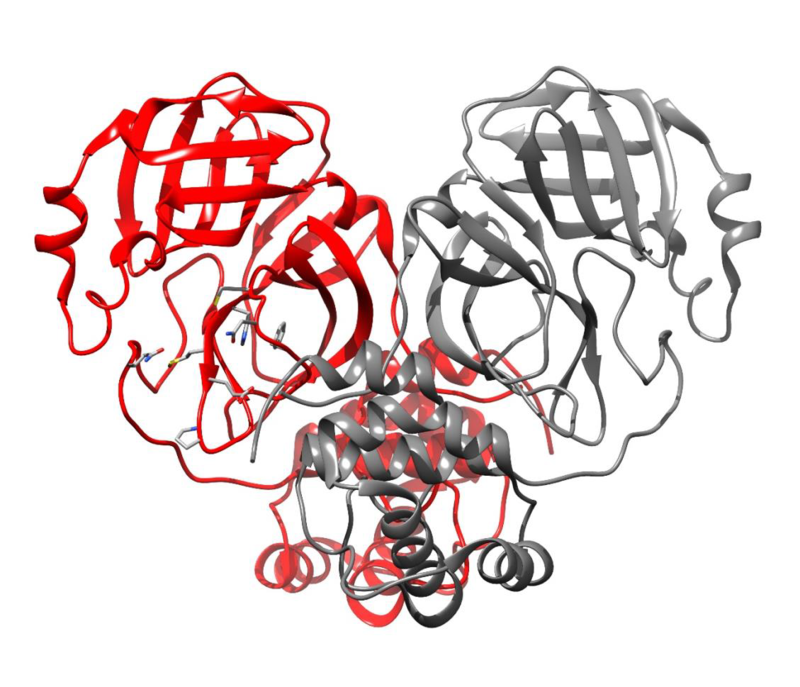 The 3-D structure of the main protease for SARS-CoV-2. The small blue and yellow sites in the center left are the amino acid targets on the protein. The computer models test whether drugs and small molecules fit these sites to determine which compounds could be used to combat the virus.