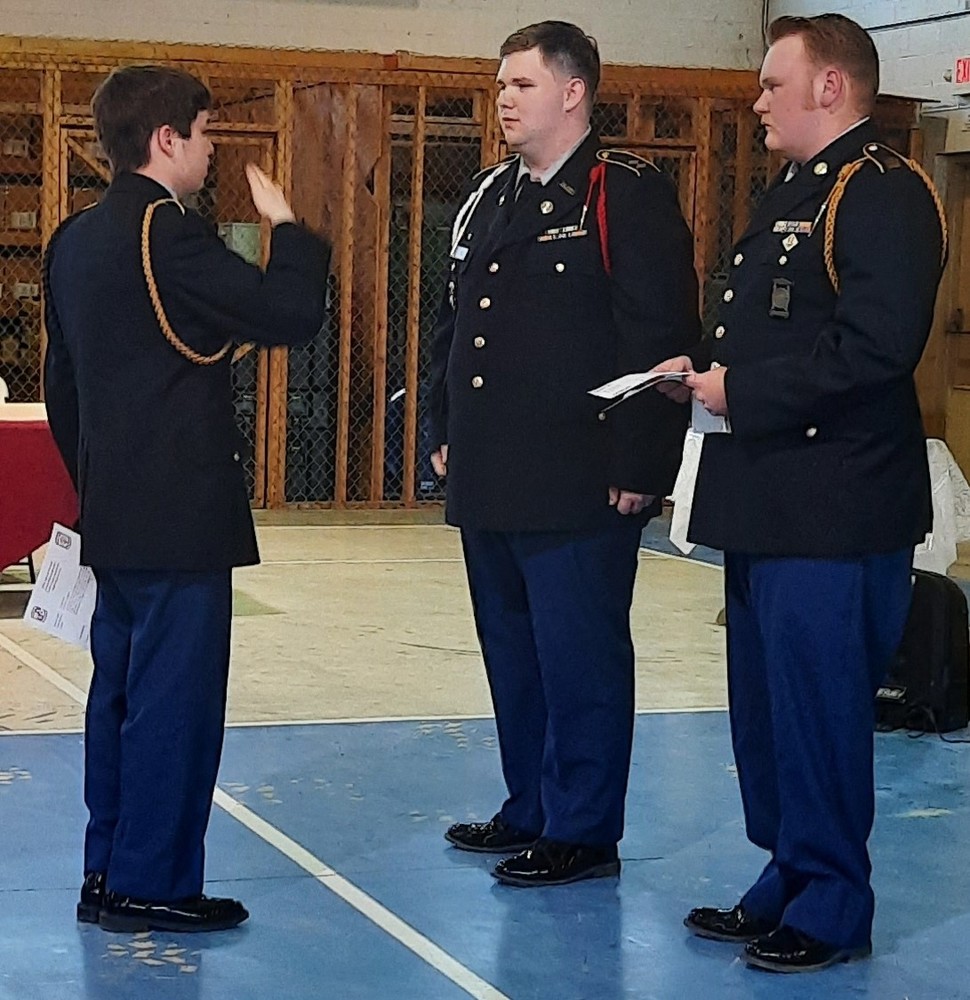 The Elliott County JROTC program hosted their annual Military Ball / Award Banquet on 30 April 2021 at the Olive Hill National Guard Armory. The evening began with a social hour to allow cadets, special guests, and parents, a chance to share in the excitement of the event. When the social hour was complete each cadet and their date were introduced as they were seated. The ECHS JROTC color guard posted the American flag and Ali Adkins sang the National Anthem. Cadet Lieutenant Colonel (CLTC) Chase Stephens welcomed everyone to the event, and recognized our guest Speaker Captain (CPT) Matthew Peterson. He is the 201st EN BN Training Officer and Commander of the 207th Engineers Hazard, KY. CLTC Stephens then proceeded lead the group in a series of traditional toasts, the first toast was to the United States of America. Immediately after the toast Cadet Major (CMAJ) Garrett Barker led us in a tribute to all prisoners of war (POW) or missing in action (MIA) Soldiers. Then this year’s seniors were recognized for their hard work and dedication with certificates and gifts. Cadet awards were given out; Most Improved Kristian Thornsberry, Superior Cadet Garrett Barker, Cadet Challenge/ Academic Award Aleah Wagner, Leadership Award Kenneth Cox, Cadet of the Year William Duncan. Cadets also received promotions and service ribbons. After the awards ceremony was complete cadets and special guests were served a catered meal, listened to CPT Peterson’s words of wisdom, and danced the rest of the evening. Memories were made and bonds strengthened.

Copyright © 2022 Elliott County Board of Ed. All rights reserved. Powered By Apptegy